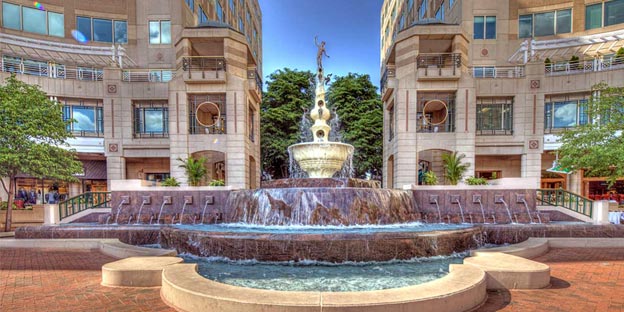 In fact, Reston is known for being one of the very first fully planned communities in the United States. With an extensive bike and trail system and outdoor shopping areas, Reston boasts amenities and ease of living not found in most places.

Is Reston VA a good place to live?

With a population of 60,335, Reston is a town in Fairfax County and is one of the best places to live in Virginia. Living in Reston offers residents an urban suburban feel and most residents own their homes. In Reston there are a lot of restaurants, coffee shops, and parks. Many families and young professionals live in Reston and residents tend to have moderate political views. The public schools in Reston are also highly rated and many consider Reston a family-friendly place to live.

In Reston, there are a mix of residents, incomes, and housing types. You'll find pockets of apartments, single family homes, and townhouses within relatively close proximity of one another. It's a very eclectic area with an interesting history, and the greenery, trail system and amenities can't be beat.

Is it safe to live in Reston?

Reston's relatively low crime rate, along with access to good jobs and schools, were among the criteria that earned it a spot in Money Magazine's 2014 Top 10 Best Places to Live.

However, that is not to say that Reston is crime-free. Most residents understand that in a fairly densely populated area there is always going to be crime, an informal opinion poll found that most residents feel safe in Reston.

Where should I live in Reston?

There are numerous modern apartment complexes going up in Reston every year. Many of the best places to live happen to be in the heart of Reston Town Center.

The Aperture at Reston Station sits with close proximity to the Silver Line metro, and provides residents with affordable units and inviting amenities such as an outdoor theatre, bike and jogging trails.

The Avant at Reston Town Center is a modern apartment complex and offers expansive amenities including outdoor patio, private catered dining room, fitness room and yoga studio. The Avant is a short walk from countless restaurants, boutiques and more.

The Harrison at Reston Town Center is another gem to consider. Just steps from all the dining and shopping you could need in Reston Town Center, the Harrison is a luxury apartment that boasts seemingly endless amenities. A rooftop pool with spa and sauna, virtual golf, modern fitness center with spin studio and weight training stations, massage rooms and conference rooms. There is no amenity that the Harrison hasn't thought of.

What is the cost of living in Reston Virginia?

Real estate options in Reston include townhomes, condos, waterfront homes, affordable apartments, elegant colonial and embassy homes, and residences that are adjoined to horse farms and other spacious properties.

Real estate and rental prices are slightly higher than average in Virginia in Reston. The median home cost is $451,600 and the average rent is $2,385. The average rent for a 1 bedroom apartment in Reston, VA is $1,670.

According to Rentcafe.com, in 2019 Reston ranked #6 for the most expensive zip codes in Virginia.

Are you planning a move to Reston? MyProMovers can help. Contact the best Reston Movers for a free moving quote. 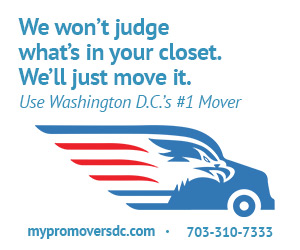 Let Us Move You!
Thank you! Your submission has been received!
Oops! Something went wrong while submitting the form.
A Better Way to Move

Moved our daughter to DC from Michigan. We drove a one way rental truck. This company was great. They confirmed everything the day before. They were so sweet and efficient. It Feels like they went above and beyond. I had A great experience with this company and highly recommend them 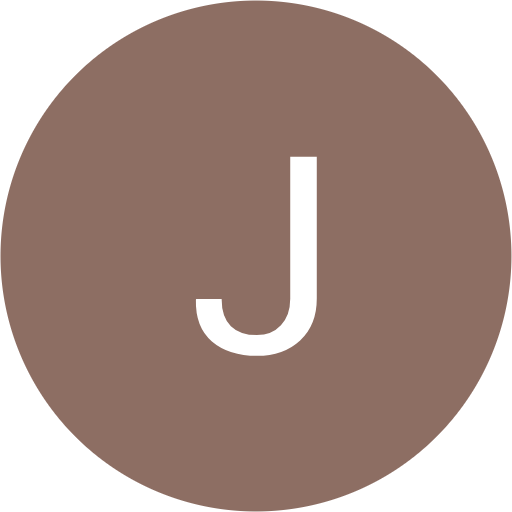 Wow! I can honestly say I was impressed. These guys were polite, professional, courteous, and very careful with my furniture. They didn't waste one minute of time from the minute they started until the last piece of furniture was unwrapped. Many thanks for making my move a whole lot easier.

I want to personally thank Ilia and Navruz for providing a wonderful services! Best people and best experiences (Zero Stress)!! Thank you Ilia and Navruz!!! I strongly recommend MPM! 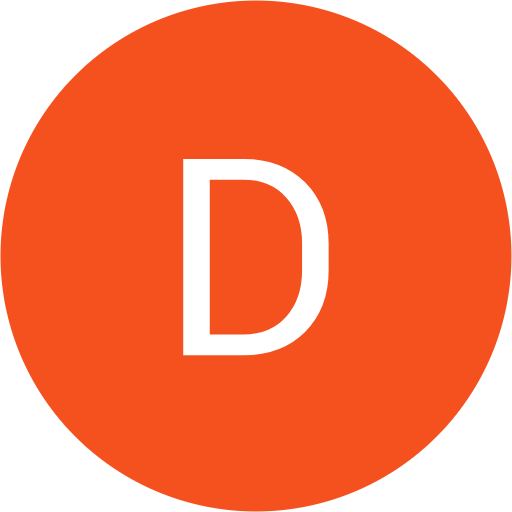 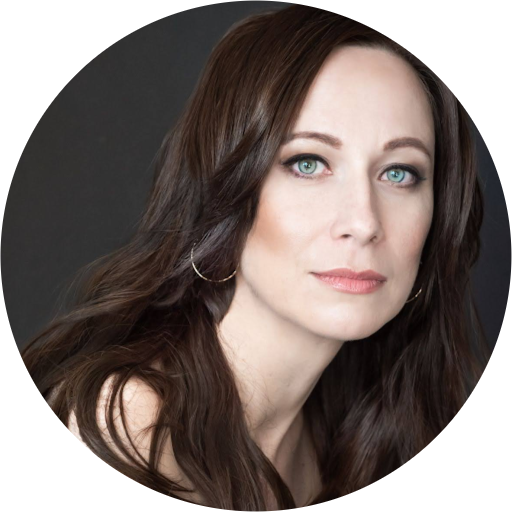 MyPro Movers is a Very professional company and super easy to deal with. They are priced affordably and the staff are helpful and respectful. The moving crew was on time and treated each piece of furniture as if it was their own. 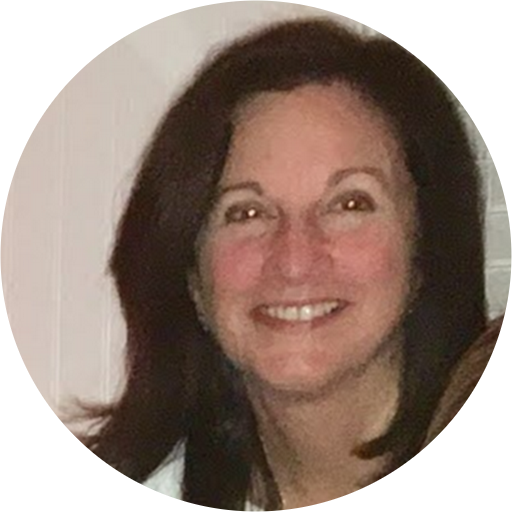 This was our first time hiring movers and going with MyProMovers was the best decision we could’ve made moving from our apartment into a townhome. They arrived early, worked fast and the crew was incredibly polite and professional. Highly recommend MyProMovers! 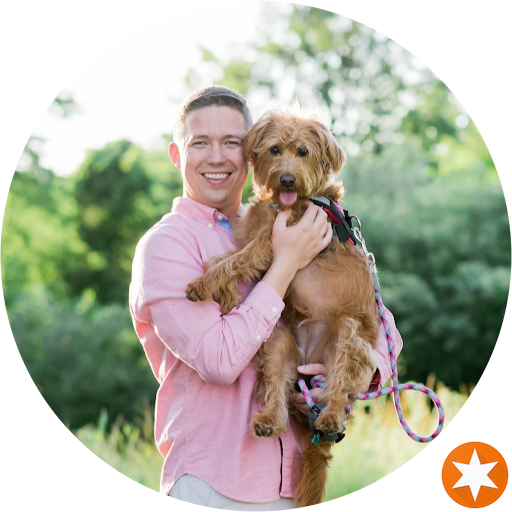 Excellent experience from start to finish.  Good and fast communication throughout, beginning with my quote request.  Final pricing was as expected.  Movers were on time, nice, professional, and efficient.  Will gladly refer to others and use again.

First time working with them and I only have positive experiences to share. Would certainly work with them again.

MyProMovers did a great job. They were courteous, on time, packed, loaded, and unloaded very efficiently. I highly recommend them.

I can Not say enough about what a Great Experience this was. My 88 year-old aunt has So many expensive and intricate items and NOT ONE was broken. From the estimate to the move to unpacking it was like a Giant Family helping move a very special person they treated us all respectfully and kindly!

We had an amazing experience! I had to reschedule my move because of a snowstorm and Daniel was so accommodating. They were really quick and very nice. Highly recommend! 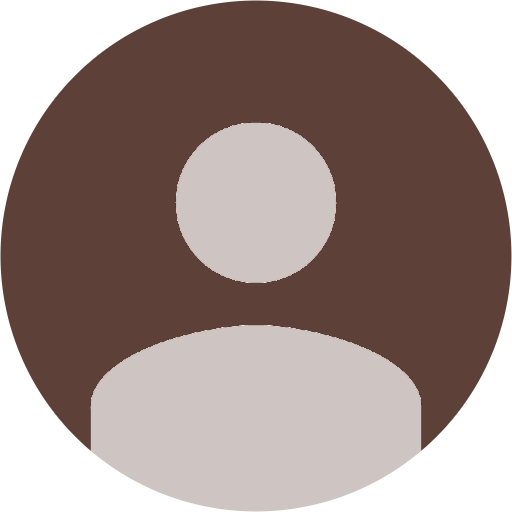 They are great ! I was lucky to have Jose, Jose JR, and Edwin. They were very professional, hardworking, polite and exceeded expectations. They made the move so easy. I highly recommend them for any move. I can’t thank them enough!! 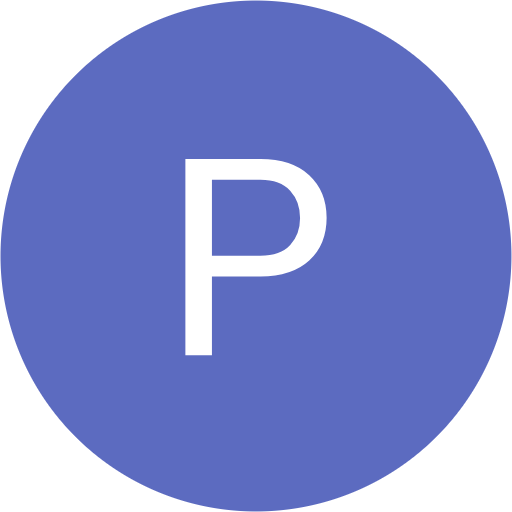 A HUGE shout out to Team José!!! Let me tell you folks, these guys had the hardest job moving heavy items up and down 4 flights of stairs (no elevator in the bldg) and each one of them stayed cordial, kind and ready to do the job with a smile on their faces. THANK YOU! 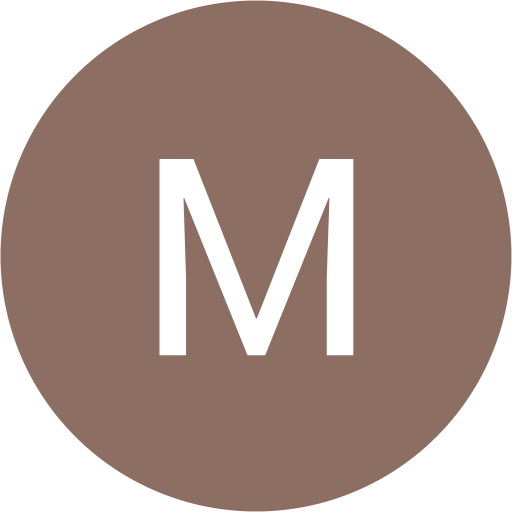 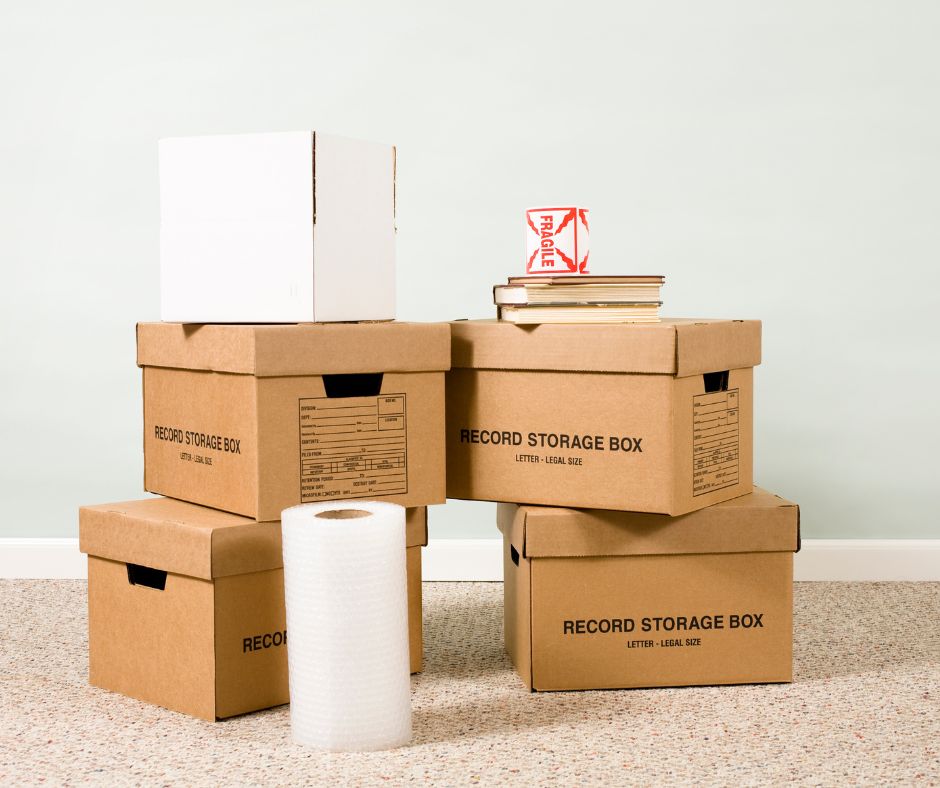 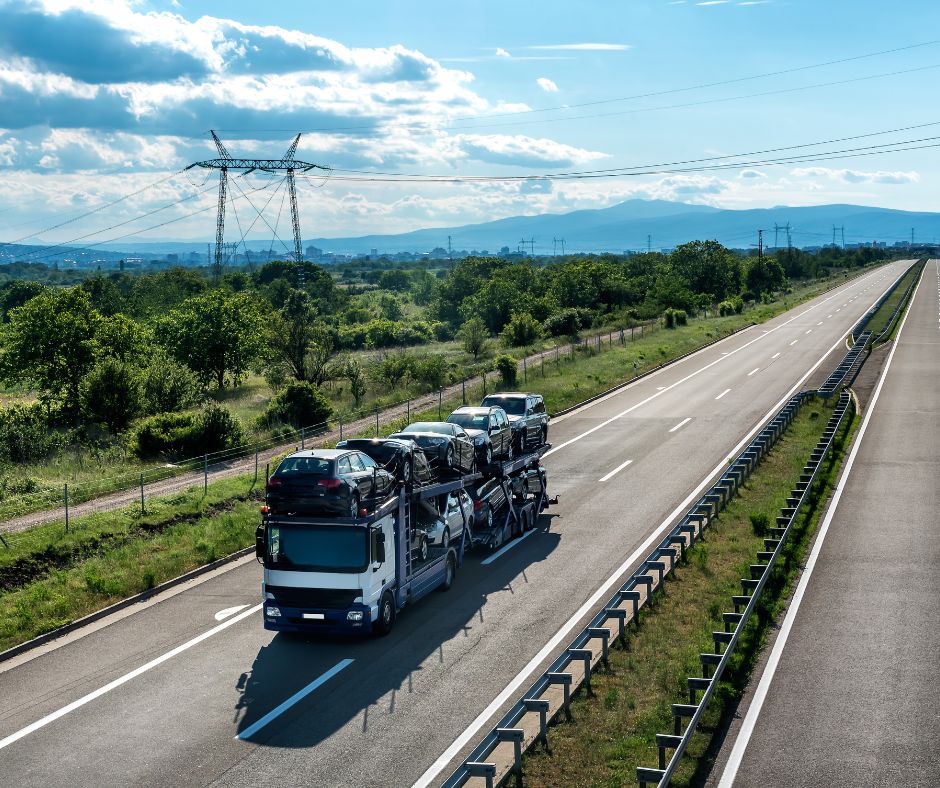 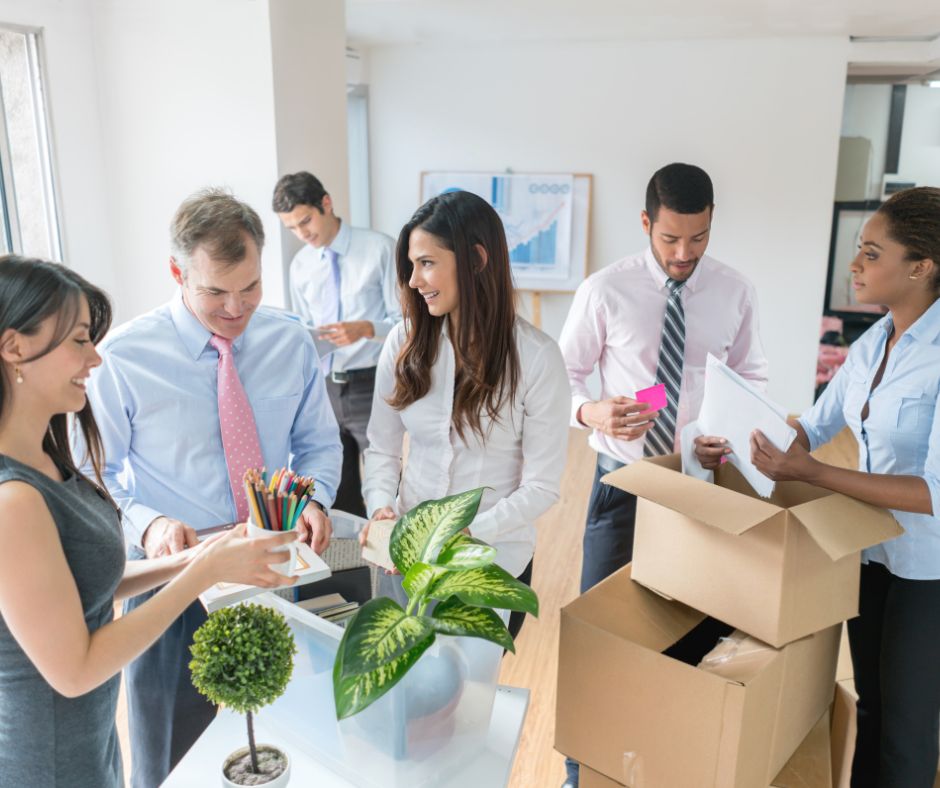 Planning an Office Move in 2023? Here's What You Need
READ MORE

From Our Moving Blog

Discover how to find a reliable auto transport Company in Virginia


Planning an Office Move in 2023? Here's What You Need

Here are the things you should keep in mind when planning an office move.


Read More
READY TO GET MOVING? GET YOUR FREE QUOTE
CALL (703) 310-7333
OR
BUILD YOURS ONLINE
HAVE A QUESTION? WE'RE HERE TO HELP
Call Customer Service:
‍(703) 310-7333
CONTACT US
DISCOVER MORE
Buy Moving Boxes
Press Room
Read Our Blog
Moving Tips
About Us
FAQs
LATEST FROM OUR BLOG
What Are The Moving Equipment and Supplies Do I Need?
How to Find a Reliable Auto Transport Company in Virginia?
Planning an Office Move in 2023? Here's What You Need
How to Pack Dishes for Long Distance Moving
Moving with Pets to Virginia: Everything You Need to Know
Ultimate Checklist for Moving Out of State 2022
How to Find The Right Temporary Moving Storage Solution in Virginia?
Top 10 Things You Should Consider When You Move to A Condo in Virginia
CONNECT WITH US